My journey to caring about social justice has been a long and (honestly) boring journey.

When I was 6 years old, my father abandoned me and my family. Although this ultimately led to psychological issues that I would have to deal with later on, it gave me the opportunity to understand the social problems that exist in our society today.

Although my mom had her Bachelors degree, her little experience caused her to have a difficult time to get back into the workforce with a job that she deserved. She resorted to waiting tables day and night to feed and clothe me. I quickly learned THE WORLD IS HARD ON SINGLE PARENT FAMILIES. I attended a very good elementary school way back when, but I never truly fit in. My clothes never fit right and were from thrift store shelves, and I didn’t have a dad which alienated me from EVERY kid I wanted to be friends with. (Daddy Donut Day would have been a disaster if it weren’t for my papa.) Even parents had predisposed ideas about my situation. I didn’t realize these things when I was young, but looking back on that time, I am upset and hurt at how hard my mom had to struggle to make ends meet just to be judged by those around us. The stigma needs to end.

My life did a complete turn around when my mom married my wonderful step dad who brought with him two sisters. I was no longer an only child! I changed schools and moved out to a cute rural town. This is when my incline to the privileged middle class began. Things got easier. My parents could now afford to splurge. We were normal. But, as many of you may know, we see the world through our own lense, whether that be a socioeconomic lense, a racial lense, or a gender lense. Our background and experiences shape how we perceive others.  Being a middle class, fairly white-looking mixed girl in Oklahoma opens the door to a lot of opportunity but it also opens your eyes to how other less fortunate (or even wealthier) people are treated. (A note on using the words “less fortunate” to describe people with less money: others may have fewer material items than I do, but that doesn’t mean that their “fortune” is really less than mine. They may see fortune as relationships or experiences.) As I grew into middle school and high school, I noticed how cliques formed. I’m going to be blunt. The wealthy kids stuck together, the artsy kids stuck together, the stoners stuck together, minorities stuck together, overachievers stuck together–basically it was as if a cliché high school movie was my life. I don’t blame these people whatsoever. It is more comfortable for us to stick with people who understand our background. What really worried me was how different groups treated each other. Yes, there were moments when everyone coexisted and the world was in harmony, but there were other times when groups were generalized and laughed at. Racism was a prominent issue. We didn’t think that we were racist, but the jokes we slipped into casual conversation proved enough. These thoughts have even permeated into college which brings us to…

Although not as bad as the past, this idea that we know someone’s story based on their nationality, the color of their skin, their income, the type of car they drive, the clothes they wear, their sexual orientation, or their gender still exists even in higher education. I plan on being a successful person. I work hard in the classroom and in daily life because I would like to be a lawyer that will one day fight against the social problems we’re talking about, but the backlash I receive is more than I could’ve imagined. It’s amazing how scared people are of a strong female. (You should see the looks I get when I tell people that I’m minoring in Women and Gender Studies. It’s hilarious.) The point is that, in the present, I want to eradicate stereotypes and social issues because I can see

My children should be able to be confident with who they are and not have to fight the same issues that we are currently fighting.

I should be able to achieve whatever goals I work towards and, when the time comes, I should be paid the same as a man for the same job because I DESERVE it and deserve to be treated with respect.

These are the things that I have been through that brought me to Sooners for Social Justice. Each person has a different reasons for reading this post, but, whatever your reason, I encourage you to think about social issues that affect you in your life and how you can change those for the better.

Ivey Dyson is a freshman double-majoring in International Security Studies and Arabic Pre-Law with a minor in Women and Gender Studies at the University of Oklahoma. She loves on-campus leadership, watching The Mindy Project, and running (when her foot isn’t broken). 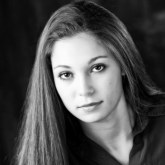